Destroying the Chains of Autism

Our right to appear in the Courts of Heaven and the importance of this aspect of how they operate has been removed from the Church for many years. Because of this, Satan has been able to retain some authority in the Earth, even over believers.

Do you belong to a church that has someone you can call if you think there is an issue with a demonic spirit? Most of us do not, and there is a good reason for this. The “Jesus’ Movement” of the 70’s came and revived the knowledge of our authority over demons, but without the missing key to the Courts there was a roadblock that caused many well-meaning Christians to stand in harsh judgment of those who were not delivered with healing. The inconsistency of the effectiveness of the deliverance ministry and these harsh views, turned most believers away from having anything to do with talk of demons or attacks from the enemy, especially where healing is concerned. 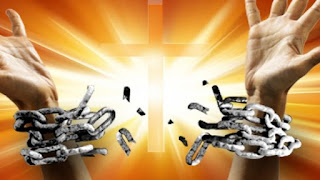 This is not the will of God. Jesus gave power to ALL who would believe in Him right before He left this Earth:

“And these signs shall follow them that believe; In my name shall they cast out devils…” (Mark 16:17 JV)

Casting out demons is the very first thing our Lord commanded us to do, yet  many Christians never consider this as a cause for any trouble in their life. Though the reason is understandable, it is not acceptable if we are striving to follow the orders of our Commander in Chief.

When I started the group on Facebook: Courts of Heaven - Worldwide, there were 10 people who wanted to visit the courts with someone who could see and hear in the spirit realm. Two of these were women with eight year old boys who had been diagnosed with autism.

What does autism have to do with the Courts? Jesus, while here on earth, cast out a demon from a boy who was having seizures some say were akin to those caused by epilepsy. Today, medical science tell us why these seizures happen. However if the Bible is to be believed, then could it not be a spirit who is causing the things in the body to change which in turn cause the seizures? Could not the same be said of many “conditions” people suffer from, including autism? This question has been rumbling around in my thoughts for many years and I would soon have the answer I was looking for.

Sunday morning after church I layed down for a nap - God had me up at 3 AM to pray, so I was a little tired. Waiting for sleep, I began talking to the Lord about the plague of autism across the world. The more I talked with Him the more upset I became until I was down right pissed off!

Urged by the Holy Spirit, I took my complaint to the Courts of Heaven. I entered through prayer, as I teach others to do in the free book “Destroying Curses in the Courts of Heaven.” I was surprised to find my spiritual eyes open. I could see the judge, big and mighty, seated between two tables, one to each side.

I announce myself as someone who is called to a position “for all nations.” then continued, “Mighty Judge, I come before this court and ask that all cases that are linked to autistic symptoms be brought forth.”

A massive stack of files flew into the room on the left side. These stacks towered 1-2 stories high.

I plead my case stating all evidence that the Holy Spirit brought to my mind:

I closed my argument by bringing in the big guns. I used the same argument Moses used every time Israel was rebellious, the one God never refused. I asked, “Mighty Judge, Are you not known for your mercy? Is it not time that the world sees once again that You, oh God, are full of mercy? Let all charges related to autism be dismissed and removed until ‘He who restrains is taken away…’” Having run out of things to say, I added, “I will wait here to hear your judgement.”

A short time later I heard a booming voice, very clearly, “Overruled!” As the words echoed into my mind, a portion of the row of files burst into flame and disappeared. This scene played out 4 more times until all the files were gone.

Instantly two men approached me. They placed shiny silver shackles on my arms with thick silver chains that connected to the cape that sometimes appears when I am visiting Heaven.

Startled, I thought, “What is overruled? I had expected them to be overturned...was this the same thing? Did I do something wrong? Am I being kicked out?” I asked, “Mighty Judge, what are these for?”

Lightning raced up and down the chains as words echoed into my head, “Now when you pray, the chains of autism will be broken.”

I have been made aware that God has a special timing for the Outpouring when His glory will instantly break bonds - this is according to His schedule. I suddenly became afraid that I had been presumptuous in asking for this. I hurled myself at the feet of Jesus, taking off the cape and manacles which were now linked together. “Lord, forgive me if I have been presumptuous in my requests of this Court. If this is not the time for such as this, let it be as you will, not as I will.” In the blink of an eye, I was standing and clothed again in the outfit.

My husband came into the room, so I thanked Him and opened my eyes. I could still feel the weight of the three-inch manacles and the energy racing up and down my arms. When I got up, I looked up overruled. The definition reads as follows:

God, the Just Judge has overturned  ALL cases that contain symptoms of autism! This means the enemy has no more authority. In the name of our Lord, we can break those chains binding so many people! Praise God for His mercy!

As the fullness of what had occured settled in, I couldn’t help but sigh, shaking my head… Why didn’t I ask for more than just autism symptoms? What about cancer, depression, or any of the other top killers assaulting people?

I can’t say why I only asked for one thing to be dismissed… It must have been the Holy Spirit setting things up as God would have them done. The Biblical meaning of 8 is a new beginning (both kids were 8 years old) and 2 is multiplication (two kids). God is giving those afflicted with autism a chance at a new beginning… during the outpouring, I expect to see all sickness, disease, disabilities, and dysfunctions healed and bodies restored in the soon-coming Outpouring. Until then, autism will be a taste of what is to come.

Next week's post will go into more detail about what has occurred since this moment and why it has taken me three weeks to share it with you. (Click Here)

More Article on the Courts of Heaven can be found in the: