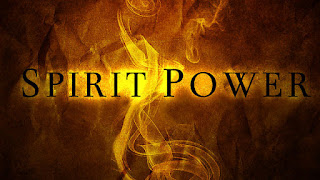 I’ve written a couple of posts about experiences in the Courts of Heaven and God’s desire to show His mercy to those who are oppressed by autism. (Read that post: CLICK HERE) There are mild forms of autism that are merely heightened development in one area, such as math or problem-solving, with corresponding difficulties in other areas. If you are just outside what we consider “normal” ranges for emotional or social development, it may just be the unique way God designed you.

I am talking about the more severe cases where the person diagnosed with this disorder is unable to lead a productive life. Often the parents lives are sacrificed as well as they care for their children. These are the cases in the Courts of Heaven that the Judge has overruled. The enemy has no more rights to afflict these people!
At the time of the last article, I knew there was a missing piece which I believe the Lord has now revealed. In all honesty, this is still an untested revelation. I’m hoping this post will encourage those who have loved ones suffering with this condition to come forward for prayer. Despite witnessing this fact in an awesome vision, I have been unable to see the relief from these assaults and healing come to those who are oppressed. Several weeks ago, our team ministered to a woman and her son who was suffering greatly with autism symptoms. Toward the end of the session, I saw a vision:

The Lord came into the room and knelt by the son who was in a chair. He took the boys face in His two hands. At first the teen struggled to look anywhere but in the eyes of the Lord who said, “I love you,” and continued to look at the boy until the child finally stopped struggling and looked into the Lord’s eyes.

The kid’s eyes became focused and clear as he gazed into the Saviors eyes. The Lord said, “I love you,” once more and a tear came to the boys eyes which were now fully comprehending and interacting with the world on a “normal” level.

I was at a bit of a loss as to what to do. I knew that a vision in a time of prayer should be acted upon, however, I wasn’t THERE! How could I let the Lord look through my eyes to this child if I was halfway across the world? I did the only thing I could, I relayed the vision to the mom to encourage her, but I knew something should be done: This was missing piece, but how could I do this from a phone call!

One of your Courts of Heaven team members would supply the answer a couple of weeks later. I began to learn about “wounded spirits” and “ministering to your spirit.” During this process, a mature Christian will look directly into the eyes of someone whose spirit is damaged and speak the loving promises from the word of God directly over them. This is what I was seeing in the vision!

We are to be careful what we put in front of our eyes because it matters! Those coming back from battle are often afflicted for years afterward by the things they witness. Why shouldn’t a connection be made through the eyes of a Christian to show the love of the Lord? Speaking His words will allow Him to flow in and healing to come!

The Lord can work through any of His people who are willing to yield themselves to be His vessel. If you or someone in your care has been diagnosed with autism I urge you to contact us at CoHvisit@gmail.com and set up an appointment for the Courts of Heaven.


The other post on Autism:
Destroying the Chains of Autism