FINANCES HAVE BEEN STOLEN! 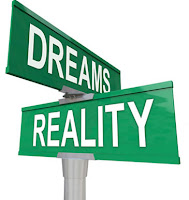 Many people think that if we have a dream with items from our life or current situation then it isn’t God. This couldn’t be farther from the truth. The Holy Spirit will take things from our memories and build a story, a dream, with these items in a new context to speak to us.

While traveling back home, God sent me a dream which I believe is for the Body of Christ. I was staying in a hotel and the dream was based in a hotel which resembled where we were sleeping. Here is the dream and the interpretation:
Dream:

I was sleeping soundly on a very hard bed in the hotel. A thief came in and pushed me off the bed onto the floor. Wrapped up in my blankets, I remained sound asleep, unaware anything was wrong until I woke up.

The room was a disaster: stuff was strewn everywhere. I searched for my purse and was relieved when I located it with my wallet intact, but everything inside it was gone! Frantically I opened the wallet, hoping my driver’s license was still in the hidden compartment - relief washed over me as I found it where I’d left it.

The police showed up and took a report. The door had not been forced open and the windows were secure. I was ushered to the larger building where a dining hall had been turned into temporary quarters for the 50-100 people who had also been robbed that very night.

Glancing around, I spotted a member of the staff, an immigrant, hustling by. He had a cut across his shoulders. For some reason I knew that the wound had been inflicted by the plants around my room and it could have only been caused as he broke into my room.

I went back to gather what remained of my things, knowing I had to report this to the authorities so our stolen property could be returned.

Many Christians have had their substance stolen from them as they pursue their destiny with God. Our rest and intimacy with God (bed) was removed while we have been soundly asleep (unaware of spiritual things): The enemy came in and had his way wreaking havoc around us. The one thing the enemy can’t touch is our identity in God (the driver’s license).

The Body of Christ is waking up, we have gathered together, seeking food (dining hall) approaching the authorities and asking for our stuff back. After waking up to God and the intimacy He wants with us, I started the Courts of Heaven - Worldwide where believers have gathered looking for messages on the Word of God. So many of these have been attacked and stolen from by the enemy.

The good news is that God is revealing this attack is illegal. This means we can present evidence and get our stuff back!

Aligning with the Word of God


When interpreting dreams, you must ALWAYS check to make sure it lines up with the Bible. What does the Word of God say about our finances? God said that when you rob Him of “tithes and offerings” that it brings a curse upon yourself.

“In tithes and offerings. You are under a curse—your whole nation—because you are robbing me.” (Malachi 3:8)

A curse is a legal right given to the enemy to hinder man. In order for the enemies actions to be “illegal” you need to be in right standing where your money is concerned. Some Christians think that tithing went away once Jesus fulfilled the Law because we are “seeds of Abraham” who wasn’t under the law. It is true, we are seeds of Abraham, but Abraham tithed!


Then Melchizedek king of Salem brought out bread and wine. He was priest of God Most High, and he blessed Abram, saying, “Blessed be Abram by God Most High, Creator of heaven and earth. And praise be to God Most High, who delivered your enemies into your hand.” Then Abram gave him a tenth of everything. (Genesis 14:17-20)

This occurred when Abraham was still being called Abram and shows tithing existed before the Law. The New Testament confirms this: “For this Melchizedek, king of Salem, priest of the Most High God, met Abraham, who was returning from the slaughter of the kings, and blessed him. To him also Abraham gave a tenth part of all...” (Hebrews 7:1-2) Jesus is called “a priest in the order of Melchizedek” (Hebrews 5:10) completing the picture of what began with Abraham. When and to whom did Abraham give his tithe?

Melchizedek blessed Abraham, giving bread and wine. Where else in the Bible do we see bread and wine? In communion. This represents giving of the Word of God: the Gospel - messages about Jesus and what He has done!

After Melchizedek, a priest, blessed Abraham with bread and wine, then Abraham gave one tenth (a tithe) of all he received. Those who are fulfilling the role of priest (pastor) under Jesus, sharing the message of what Jesus has done, blessing God’s people with knowledge, this is who should receive our tithe. If the message you are receiving blesses you, teaches you, or guides you into a closer relationship with the Lord then part of your income should be given to support those who are dedicating their lives to this cause.

This covers the “tithe” part of the verse, but what is an offering? Here are two more verses in the New Testament on that topic:


If we have sown [the seed of] spiritual good among you, [is it too] much if we reap from your material benefits?... [On the same principle] the Lord directed that those who publish the good news (the Gospel) should live (get their maintenance) by the Gospel. (Corinthians 9:11 and 14 AMPC)

Let him who receives instruction in the Word [of God] share all good things with his teacher [contributing to his support]. Do not be deceived and deluded and misled; God will not allow Himself to be sneered at (scorned, disdained, or mocked by mere pretensions or professions, or by His precepts being set aside.) [He inevitably deludes himself who attempts to delude God.] For whatever a man sows, that and that only is what he will reap. (Galatians 6:6 AMPC)

These verses clearly show who should receive the tithes. Galatians 6:7 also shows that there is still a curse attached to not giving: “What a man sows, that shall he also reap.” Corinthians backs this up:

There are many Christians who have been faithful tithers and givers, but are still not seeing God’s provision. It is to these people that this dream pertains. The Gospel isn’t called the “good news” for nothing… if you haven’t been doing these things, our Lord has you covered!

You have received information on what God expects of you. Now all you have to do is confess and repent, plead the blood, and get the cases giving the enemy the right to steal from you dismissed. (The Free book, “Destroying Curses in the Courts of Heaven” has the detailed scripture references as to why we must confess & repent)

Confessing it is the part many people forget. The greek word doesn’t mean to just say you have done wrong. It means to see it the way God does - you must admit you were wrong and you are now seeing the way He does.

Repent has been warped by Hollywood and some very enthusiastic preachers. It isn’t as scary as they make it sound. It means to turn around and go the other way.

In order to be in right standing where your money is concerned, you must be willing to do it God’s way.


Each of you should give what you have decided in your heart to give, not reluctantly or under compulsion, for God loves a cheerful giver. (2 Corinthians 9:7)

Give generously to him, and do not let your heart be grieved when you do so. And because of this the LORD your God will bless you in all your work and in everything to which you put your hand… (Deuteronomy 15:10)

With God, everything is about the condition of your heart. This is what matters.

In order for removal of your provision to be illegal, you must come into God’s way of doing things. The blood of Jesus will then wipe out all your past sins; the times you haven’t tithed, and you will instantly be in right standing with God and what the enemy has taken can be returned.

On Tuesday, we will be having our Tea & Coffee meeting on Zoom. After discussing these things, we will enter the Courts of Heaven and do the following:
If you are reading this after Tuesday, the video will be posted at LynnHardy.com under the “video” tab. You will be able to follow this procedure for yourself.  You can find information about dreams and the Courts of Heaven under the "Heavenly Encounters" tab on that website. Below is a link to the facebook group I have created to help others in going to the Courts:


More Articles on the Courts of Heaven can be found in the: