Defining Which Books Must be Free 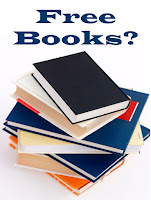 No matter how clearly you believe the Lord has spoken, I have learned to keep my heart open for the Holy Spirit to refine what He has said. For years I believed what I had heard a TV minister say, “We are to command our angels for they are ministering spirits.” When I was asked where that was in the Bible, I began to search the scriptures.

First I searched all the books by the minister who I was quoting. The only verse quoted was, “Are they not all ministering spirits sent forth to minister for those who will inherit salvation?” (Heb 1:14). When I opened the Bible, the Holy Spirit brought me to the story of the Lord when He was on trial. At this time He was operating as a “son of man” meaning that He was doing what men could do on the Earth when they are aligned with God's will. The Lord Himself said that He could, “ask the Father” who would send legions of angels to rescue Him. If the Lord had to ask the Father for angelic assistance, then so do we. Since that time, I am careful to verify quotes from ministers before I put them in my books.
Recently I was asked, “Which books should be free?” by a published Christian author, let’s call her Zoe. I cited the scriptures I used in each of my books as reference. This didn’t satisfy her.

I explained the miracle which accompanied this information, “The day my first book was free everywhere, online and at my website, including shipping, someone I never met deposited $1000 into my checking account with a message about how this book had answered so many questions she had for so many years.”

“That is well and good,” Zoe replied, “But I could tell you of several miracles which accompanied the publishing of my book.” She had written a autobiography several years earlier.

What do we do when there seems to be contradicting signs and wonders? I went back to exactly what God’s Word said and exactly what He said to me. Of course this involved much praying and asking the Holy Spirit for guidance. There were two things that He brought back to me:

God said, “How much do you want to receive from me?”

“Everything… I want to know all of You…” I replied.

God informed me, “Then they all must be free.”

He sent a dream and informed me that if I pulled two books from the system then there would be a price to pay. At the time I thought this was my secular series. However, when I pulled my books from Amazon’s select program in the middle of the contract, those two books suffered with only a fraction being downloaded.

Why would God have me leave two books in the system that was forcing me to charge for them? What was different about these books?

These two things swirled around in my head and I told Zoe as much. Jytte joined the two of us in Courts of Heaven. After clearing any cases, I petitioned God for clarity on the matter of which books should be free.

We waited and listened. The quiet knowing came from the Holy Spirit. The witness of tingling cascaded up and down my body as I declared what God was revealing:

If your book is your memoir, your journey with wisdom you have learned, then it is your choice. You can charge for it or you can give it to Him. I chose to give mine away for free because I have given my entire life to the Lord - I trust Him for everything.

Both women agreed that the Holy Spirit was giving witness in their spirit that this was God’s way. The next day, I checked my blog. I had 617 hits from Israel, all on that day. 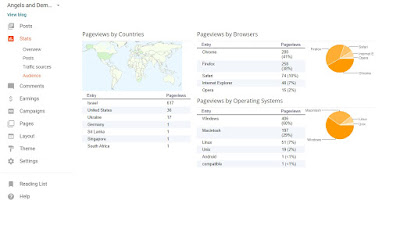 If you recall, this isn’t the first time God has confirmed something with hits from Israel. Six is the number of man and seventeen in the Bible means overcoming in complete victory. This is they way men overcome the enemy for a complete victory!


Free at Amazon
FREE at Nook

Volume 2Keys to Authority for Every Believer