In the near future, experiences like this will be common place because God is giving us a “Roadmap to Heaven” so that His children can find their way to the Secret Place of the Most High.

The Bible encourages us to “stir up the gifts” of the Spirit. Is your heart open to visitation? Does you long to see Him? Reading stories about other people’s experiences can help stir up your desire. 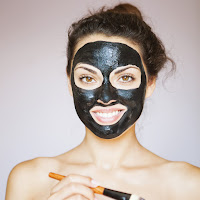 My good friend Kristy was using my computer to complete a project so I headed upstairs to take a shower. Afterwards, I decided to do a charcoal facial mask. The black paste on my face needed 20 minutes to dry so I couldn’t use my glasses to read the Bible or work on the computer. I decided to relax in my bed and worship God.

After a couple of songs I switched off the music. “Abba…” I called with a mental cry, “Daddy… can we play for a while? It’s been a rough week.” So far, the Father, Son, and Holy Spirit had only appeared at church during worship, but my heart longed to spend more time with my Heavenly Father. I wanted nothing more than to be held in the arms of my Father for a short while, but didn’t have any conviction that He would show up.

Out of the darkness, before my closed eyes, a shape appeared. His eyes glowed with an inner fire that was strong and comforting. He scooped me up into His arms and I hugged His neck, burying my face in His white, shoulder-length hair. “I love you…” I whispered. “I missed you.”

A few weeks ago I read yet another account of a woman who went to Heaven in nightly vision. This particular author vividly described her encounters with “Daddy,” her Heavenly Father. Reading about her encounter brought tears to my eyes. 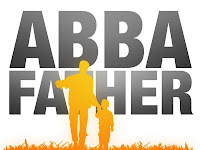 I longed to experience God in that way. I called upon Him as “Abba,” in times of great pain or need. The Greek word means “father” a term of endearment used by a small child. In English it would be “Daddy or Pappa.” I didn’t have any earthly experiences with a dad I could play with, so it was hard for me to imagine the God who created the universe, the God of such power, as a playful Daddy.

I sought God in prayer, asking for this experience, but night after night, for months. There was no answer. Then, in church, they began playing songs which mentioned our Father in Heaven. I closed my eyes and was shocked to see the Lord before me. He was clearer than the last time, but it was still just a picture in my mind; it didn’t have any physical sensations with it.

Jesus took me by the hand and led me to an open area. I saw a figure in the distance and took off running: I was small, my head was up to his waist. He scooped me up and hoisted me over His head. As He twirled me around and around as I extended my arms as if soaring through the air. I shouted, “Higher, Daddy, higher.”