NO GUARANTEES IN THE COURTS OF HEAVEN 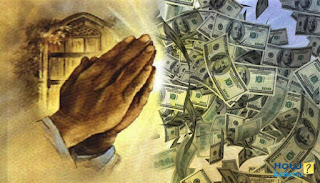 This is one reason why charging for prayer is so wrong:

When the CoH Team takes you to the Courts of Heaven, there are not guarantees for the results you will get; it isn’t up to us. We can usher you into the presence of God. He will decide if an instant miracle will happen on the first visit as it has happened a few times in the past, but there is NOTHING we can do to MAKE anything happen. GOD is in charge.
CLICK HERE to read more... »
Posted by Lynn Hardy at 6:00 AM No comments:

Avoiding Backlash (Attacks from the Enemy)

Any discussion about backlash must begin with understanding Jesus and how He sets us free from sin. Paul describes this when writing to those in Rome:

Let not sin therefore reign in your mortal body, that you should obey it in the lusts thereof. Neither yield you your members as instruments of unrighteousness to sin: but yield yourselves to God, as those that are alive from the dead, and your members as instruments of righteousness to God. For sin shall not have dominion over you: for you are not under the law, but under grace. (Romans 6:12-14 AKJV)

When the Bible mentions that we are “free from sin” it is talking about sin have control over us. Under the Law, the Ten Commandments, a sacrifice had to be made so that we could be free from the consequences of sin. Jesus is our sacrifice, so we no longer have to butcher lambs and calves to pay for our sin.

What then? shall we sin, because we are not under the law, but under grace? God forbid. Know you not, that to whom you yield yourselves servants to obey, his servants you are to whom you obey; whether of sin to death, or of obedience to righteousness? But God be thanked, that you were the servants of sin, but you have obeyed from the heart that form of doctrine which was delivered you. Being then made free from sin, you became the servants of righteousness. I speak after the manner of men because of the infirmity of your flesh: for as you have yielded your members servants to uncleanness and to iniquity to iniquity; even so now yield your members servants to righteousness to holiness. (Romans 6:15-19 AKJV)

Jezebel, the Church, and You

VIDEO: Jezebel, the Church, and You

But I have this [charge] against you, that you tolerate the woman Jezebel, who calls herself a prophetess [claiming to be inspired], and she teaches and misleads My bond-servants so that they commit [acts of sexual] immorality and eat food sacrificed to idols. (Revelation 2:20 AMP)

The Jezebel spirit is so evil that in the Book of Revelation, God warns us about the consequences of hosting or tolerating this demon in the church. This applies to people who are operating under her influence. Three things that they do are mentioned:

VIDEO: Guides in the Courts of Heaven

Again I say to you, That if two of you shall agree on Earth as touching anything that they shall ask, it shall be done for them of My Father which is in Heaven. (Matthew 18:19 AKJV)

Many Christians quote this verse as they pray together. We sit with heads bowed, sometimes silently, sometimes with an “amen” to declare our agreement with what has been said in prayer. If God gave any two individuals whatever they agreed upon, it would be chaos. Think about it in terms of your local government:

Let’s say two people ask in prayer to have a president removed from office, and another two decide they don’t like other heads of state and their positions on issues. After a time, we might conceivably run out of civil servants to preside over local and national governments. In fact, there may NEVER be a leader that every citizen likes. No one would last in a government office long if God said yes to the prayer of agreement by two people and consequently removed a leader with whom they disagreed. 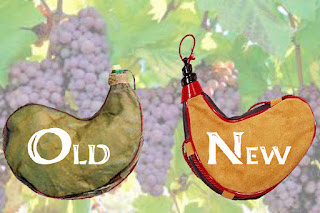 As an Intercessor I believed I was doing a lot of good as I prayed for our church and for people because I followed what I was being taught. I was very involved in deliverance ministry, prayer walking in cities, and around businesses and I always tried to listen to the Holy Spirit. I saw some fruit but I also watched a lot of people get ‘burned out,’ myself included at times. Some said it's because we were on the front lines and I didn't know better so I just accepted this explanation. I used to ask "Lord when will this all end"? Spiritual warfare prayers were tiring.

From 2015, I would hear the Holy Spirit regularly speak to me about a 'new wine skin' but didn't understand what it meant. I would continuously experience and discern a lot of witchcraft operating in the churches I attended and also in my neighbourhood. Because of the witchcraft, I took authority over things on a daily basis. I was tired of it all and I only knew to do spiritual warfare prayers to stop the demonic presence. The more I researched the Internet, the more it confirmed that I was praying the right prayers but I was missing something.

I would ask the Lord 'what is this new wine skin all about?’ I started really paying attention to what God was saying because I sensed this may be the answer to what I felt I was missing. I believed it was tied in with the way we do church. I knew I was hearing something but I didn't know for sure what I was hearing or how it applied to me.  He kept speaking to me about Matthew 9:16-17

Testimony of the Blood, Scrolls, and Books

VIDEO: Testimony of the Blood, Scrolls, and Books

Both the Old and New Testaments agree that innocent blood that has been spilled can “cry out” for justice and even vengeance.

And to Jesus, the Mediator of a new covenant, and to the sprinkled blood which speaks [of mercy], a better and nobler and more gracious message than the blood of Abel [which cried out for vengeance] (Hebrews 12:24 AMPC)

And [the Lord] said, What have you done? The voice of your brother’s blood is crying to Me from the ground. (Genesis 4:10 AMPC)