Seers, Prophets, and the Gift of Prophecy

Much of the Church has ignored those who operate in the gift of prophecy, the ministry of a spiritual seer, and the actions of those who are called as a prophet due to this confusion and misunderstanding. What is the difference between these vital members of the body?


"All true seers are prophets but not all prophets are seers." 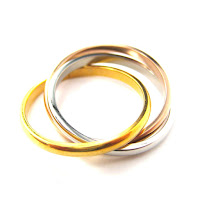 Perhaps you have heard this and taken it as a quote from the Bible. This is actually a quote from a well-known prophet of this generation. Unfortunately, the Word of God does not support this conclusion. To fully understand why, we must look at three of the most misunderstood members of the body of Christ which are often linked together in their application and mistaken for one another. Perhaps this is because these can be hard to understand individually without knowing about the others.

There are two Hebrew words, ro'eh and chozeh are translated "seer." Two Bible verses will fully explain the difference in these two words:


Come, and let us go to the seer: for he that is now called a Prophet was before time called a Seer. (Samuel 9:9)

This "seer" is ro'eh and from this point on, the new Hebrew word is used, nabiy' which only has one meaning "prophet" either a false or true prophet.


Yet the LORD testified against Israel, and against Judah, by all the prophets, and by all the seers... (2 Kings 17:13 AKJV)

In this verse we see that there are two kinds of people mentioned: a prophet (nabiy') and a seer (chozeh). This makes it clear that not ALL seers are prophets, because they are mentioned as two separate people groups. If all seers were prophets, it wouldn't have been necessary to mention seers at all.

The gift of seeing into the spirit realm often causes individuals to be labelled as a prophet when they are really operating in the gift of word of wisdom, word of knowledge. We also refer to them as "seers." This title is misleading, for information received from the spiritual realm isn’t limited to just seeing.

This gift, often given at birth, allows someone to see, hear, smell, taste, and feel things that are happening in the spirit realm. For them, the veil between this world and heaven is very thin and they can peer into it. This shouldn’t be confused with those referred to as “seers” in the Old Testament before there were prophets. Those were men and women called by God as prophets before there was a nation of Israel and distinct titles given to different jobs.

Psychics, witch doctors, shaman, and mystics are often born with this gift. The difference is from whom they receive things. Without Jesus making a bridge for us, seers hear from demons instead of the Holy Spirit. For this reason, it is imperative to know how to “test the spirits.”

In America, on the morning of January 31, 2018 a blood moon occurred during a blue moon. This is an incredibly rare event and has been recorded in all the record books, though perhaps to the chagrin of some astronomers.