“Again I say to you that if two of you agree on earth concerning anything that they ask, it will be done for them by My Father in heaven.” (Matthew 18:19 NKJV)

Many Christians quote this verse as they pray together. We sit with heads bowed, sometimes silently, sometimes with an “amen” to declare our agreement with what has been prayed. If God gave any two lunatics whatever the agreed upon, it would be chaos. Think about it in terms of a hot topic of today: 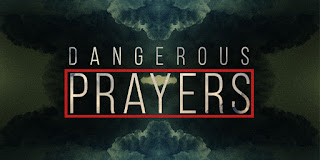 Two people want President Trump dead… another two people don’t like the Vice President's stance on a topic… we would quickly run out of leaders. There will NEVER be a leader that everyone likes. No one could stay in office long if God said yes to prayer of agreement by two people and removed a leader they were unhappy with.

Reading a bit further in the Bible you find there is a qualifying statement:

And this is the confidence that we have in him, that, if we ask anything according to his will, he hears us… (1 John 5:14 KJV)

Now this makes sense. God has a plan. When we search His word and listen to the Holy Spirit, then we know His ways and what He wants. Those are the prayers that get answered. Are there any consequences for NOT praying in alignment with God? The Bible tells us this about Satan:

...which accused them before our God day and night… (Revelation 12:10)

We have an enemy who likes to attack us. Where does Satan do this accusing? The Greek word used for accused, “katēgoros” means a complainant at law; He is placing charges against us in the Courts of Heaven. This means if we are making demands and decrees that are not according to God’s will, we are in violation of what God has said for us to do. Recent experiences in the Courts of Heaven have shown the reality of the danger of joining  a prayer that the Holy Spirit has not given you the green light to pray.

We are the Body of Christ. What good is a body if the parts don’t work together? We need to be connected so that the gifts of the Holy Spirit can be used to help one another. Teams (a Seer and a Guide) who are trained in how to operate in the Courts of Heaven help petitioners who need assistance approaching God as Judge or who don’t have the gift of seeing in the spirit realm.

The Guide leads the prayers (they often see as well as guide). After presenting the petitioner, they ask for charges and all wait to see and hear what the Holy Spirit (our Counselor) reveals. A few petitioners have gotten enthusiastic  and began making declarations concerning healing or financial restitution, or sometimes even vengeance. I never thought much of this until one particular visit to the Courts:

Abby was 90 years old and had a plethora of reasons to visit the Courts. When the first round of charges was dismissed she began to declare that her heart was healed and made whole. Though I didn’t get a confirmation from the Holy Spirit saying it was so, I agreed with her as did the two other seers with me.

The following day, my nose became stuffed up. “I wonder if I caught Abby’s cold,” I thought. She had been sick the last week with the full-blown flu! Immediately I rebuked that thought, I knew sickness and disease has no right to me, yet it only got worse. By the next day I was exhausted, unable to breath and feeling like I was going to puke. Knowing something was off, I asked the Lord where I had transgressed. Getting no answer, I  fulfilled my appointments  from my bed:

Abby had not seen a breakthrough so we took her to the Courts once more. While the others were receiving more charges, I received a vision:

A demon was before the desk of the Accuser on the left side of the Judge (I could only see the immense podium stretching upwards). He looked like the cartoon figure of the Tasmanian Devil; a swirling darkness with lightning bolts arcing out of two sides. This was a first, a demon with lightning…

“Holy Spirit, what does that mean?” I asked.

“It is the demon that is affecting the electrical system of her heart,” came the soft thought of my Counselor. I also saw a tiny, imp-sized demon and a giant of a demon.

We the seers were finished receiving charges, so we proceeded:

** A note about Yoga: It is a Hindu religion. The poses are designed as worship to their gods, asking  them to come into you. Putting “holy” in front of another religion and playing Christian music does not make it okay. Can you meditate in the Buddhist fashion and call it “Holy Buddhism” making it okay? No. There are no examples of God ever allowing His people to practice other religions. In fact, He had His people wipe out entire cities so that they wouldn’t be tempted to follow other religious practices.

Back to the Courts: The Holy Spirit put the pieces of this puzzle together, “The two smaller demons are the gods who attached themselves to Abby during Yoga. The big demon is the principality she had taken unauthorized authority over by declaring her healing before the charges had been cleared. This created the rest of the bogus or counterfeit charges because of the illegal attack.” (Click Here to read more about Unauthorized Authority and Bogus Charges)

Abby confessed, repented, and plead the blood over these actions. After asking the Judge to dismiss the charges for lack of evidence, the Holy Spirit gave the go-a-head to declare the healing of her heart.

After I hung up the phone, my nose cleared, stomach settled, and the tiredness left; I felt 100% better. That caught my attention. Thinking back, I recalled the symptoms started after taking Abby to the courts and our actions there. This was the answer to my question: Where had I gone wrong? Wanting to verify what was happening, I called the others who had gone to the courts with Abby to see if they had come under attack in the last few days.
The Holy Spirit spoke strongly: by agreeing with the declaration of healing when a demon had legal rights to afflict Abby’s heart we had tried to abused our position in the Courts of Heaven. They were allowed a counter attack. As Lydia and I entered the Courts and repented, she recalled all the times she had joined in prayers as an intercessor when the Holy Spirit hadn’t really told her to. She felt a powerful witness from Him as she repented for these actions.

By confessing for these unauthorized action our team receive relief instantly from every symptom. Abby’s heart has been healed and beating fine since that visit to the Courts.

Now that we know there is an Accuser in the Courts levelling charges against us, we need to depend on the Holy Spirit to let us know which prayers to pray. When we agree with a wrong prayer, we are guilty by association. This allows a counter attack from the enemy.

Many of those in training to help others in the Courts of Heaven have experienced backlash. Coming into agreement with wrong prayers is one thing that can cause this. If someone is guiding you in the prayer to the Courts of Heaven, you need to let them lead; they will be held responsible for what is said. The seers present need to speak up if they discern anything, though their consequences are less, they may still experience an attack.

This is the time of the Outpouring where God's spirit is moving in powerful ways. We need to learn how to listen to the Holy Spirit, especially in prayer. This is a time of a world-wide revival with signs, wonders and miracles that haven’t been seen since the time of the first disciples recorded in the Book of Acts. This move of God isn’t coming through the big, mainstream pastors, but through Christians like you who are seeking God and learning His ways in the Courts of Heaven.

To find out more about operating in the Courts of Heaven, join us at our Facebook group:

Here is a short 10 minute video of some testimony we received about wrong agreement for healing causing issues: