When I first received the revelation from God that all books had to be free, it was hard to accept – especially giving away the printed copies without charging for shipping. As a publisher, this went against everything I had been doing for the last decade. Everyone charges for their work, why couldn’t I?

God sent someone I had never met to put $1000 in my Paypal account the very day the books were free, everywhere and every type of book. It was a miracle I couldn’t deny. A well known  televangelists mentioned that ministers needed to “freely give what they have freely received” (Matthew 10:8-10) more than 1000 people downloaded the free eBooks! Up to this time, only 500 people were downloading the books each month and I had done nothing to cause this increase. 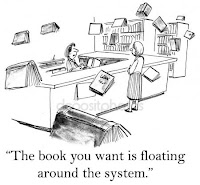 Despite these signs from God, I still only gave the books for free out of obedience, not joy. Then, on the first day of the year, my heart changed…but not without a struggle.

The “store” application I use on my website for ordering free books is quite new. It was difficult to find something that would allow free products. The day after Christmas, the Holy Spirit urged me to check my website. Opening up the store, I discovered that there were more than 40 orders for books, many of which were for 4-5 books! For some reason the application wasn’t notifying me of new orders.

On the surface I was thrilled; 40 people had found my website and wanted God’s message. However, I only had a handful of three of the books and no books about the Courts of Heaven. It would be several days before more books arrived and those wouldn’t come close to filling all these orders.

That wasn’t the worst part. Until God provided the funds for me to order in large quantities, the books themselves cost $3-$4 to print; They will only be $.20-$.30 cents each when I print orders of 5000 books. In addition, it will be $2.63-$3.10 to ship each order. Unfortunately, I didn’t have enough in my bank account to cover the bill.

I am no stranger to trusting in God for finances concerning His projects. He has provided many times. The most recent is when I began the editing process for “Roadmap to Heaven.” I have never written a book before having the money in place for the edit, but I stepped out in faith and even sent it to the editor still lacking several hundred dollars. When the $1,500 bill was due, all the money was there!

I rushed to finish the formatting on the “Roadmap,” and trusted God would provide. At times I can use funds from our family account, but it being right after Christmas, well, that wasn’t an option. God didn’t keep me waiting for long.

On January 1, someone put $280 into my paypal account! The numbers themselves has special meaning: 2 is multiplication and 8 means a new beginning! Combined with some other smaller donations, I now have enough to order and ship all the books!

This isn’t even the best part of this New Year’s miracle. In 2010 I watched as one of my secular books raced up the charts on Amazon and became a #1 Bestseller. That was an awesome feeling to see the work of my hands take off like that. However it didn’t compare to the feelings which overwhelmed me when I looked at my Paypal account as my eyes filled up with tears and my heart was moved. For the first time, the enormity of what was happening occurred to me. Each one of those donations came from someone who had read the revelation that God had given me and had RECEIVED something from it!

It wasn’t about the dollar amount: Some people are like the widow who gave the smallest amount, yet Jesus said she gave more than the rich guy who put in a large donation, because she gave even though she had almost nothing. One $.50 cent gift may mean that a person with very little is giving what they can, and acknowledging God. A much larger gift may mean someone with much received greatly of what He sent through me and the Holy Spirit is having them give in a big way.

Looking at my account, it wasn’t the amount that mattered, it was the fact that now I KNEW that God was helping people through the books He helped me write! These gifts were proof that people were learning more about God and drawing close to Him! This was the true New Year’s miracle. I finally understood why it is so much better to “freely give.” I thank God for showing me His way… I now do this because of the joy He brings to my heart when I hear back from His people!

One last note: a friend of mine, had a dream many years ago about a well-known prophet that explains this spiritual principle beautifully:

Dream:
The prophet was speaking and the words coming out of his mouth would rise. On his head sat a crow that had nested there. This crow was eating each word as it rose.

Interpretation:
Birds are spirits. They can fly around us, but we have to accept them in order for them to build a nest. If this was a good spirit it would be guarding and fulfilling our words. The Bible tells us that words are seeds and birds (the enemy) comes to eat this seed before it can grow and produce fruit. (Matthew 13:4) This is what was happening with this particular prophet.

This man of God would say, “Send a seed of such and such amount and God will do such and such for you.” He was also charging for all his books. He had accepted the spirit and made a place for it in his ministry by doing these things which is why it was nesting in his hair (hair represents our wisdom and way of thinking). This is selling the anointing and blessings of God. The Word of God tells us: that His gifts and anointing are not for sale… you cannot not purchase them. This is what Peter said to a man who tried to buy the gifts and anointing of God:

But Peter said to him, “Destruction overtake your money and you, because you imagined you could obtain the [free] gift of God with money!”(Acts 8:20)

Notice Peter said it was a “free” gift. That is the way revelations from God should be given to His people. Giving to someone who is charging for what God has freely given will not benefit you. As seen in this dream, Satan will steal each seed, each word said in that prayer and there will be no profit from it.

I pray the Holy Spirit will guide you in what you do with the revelation.