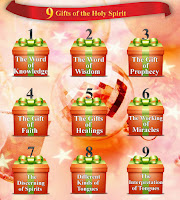 After receiving my calling as a prophet in a very specific, unusual way, I have decided to look into what this may mean. One thing has become readily apparent: there is much confusion between the spiritual gift of a prophecy and being a prophet.

Among the gifts given by the Holy Spirit, the Bible tells us in 1 Corinthians 12:10 (Amp), "and to another prophecy [foretelling the future, speaking a new message from God to the people]” When anointed ministers of God use this gift prolifically, people often begin to call them a prophet. This is inaccurate. They are not prophets, they are merely using the gift of the Spirit called prophecy. A prophet is a person that God actually moves upon, calling them into the office of a prophet, anointing them to be His mouthpiece to a country, a people, or even the nations.

It may sound like a small distinction, but it is as different as owning a gun and being enlisted in the military combat unit. Both know how to use the weapon and may even be proficient in it, but only one has his life dedicated and centered around the operation of weapons. In some ways, you are doing ministers a great disservice by referring to them as prophets. If you have been given the gift of prophecy, sometimes you may make a pronouncement that does not come to pass as did every prophet I researched. Many of these did not claim to be prophets, only having a strong prophet anointing – the gift of prophecy. The fact that they do not claim the title of a prophet of God is good. The Bible tells us that if you are appointed as a prophet and you speak presumptuously, saying “Thus sayeth the Lord,” and it does not come to pass, then all your work is to be thrown out and, in the old testament, you were stoned. (In today’s world I take this to mean that your work is done, over.)  So if a preacher anointed with the gift of prophecy gives a prophecy and it doesn’t come to pass, then at least they can keep on preaching.

Many things have been said about the tetrad blood moons. For Israel it has coincided with certain things, and it is good to be aware of these. However, for the Lords people, they have came at critical junctures as well.

1966-67 Blood Moon Tetrad
After receiving this information, the Holy Spirit brought all the pieces together, clicking them into place in my mind, “That’s what it means! That’s why the blood moons are an important part of God calling me as His prophet.” 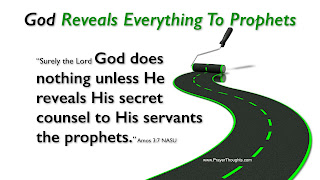 It all made perfect sense. I was ready to dismiss the calling as His prophet as a mere title – not really important. Now I know that is the primary thing: It has to happen first, before the others.

The day I was called is in the middle of the Week of Awe - the time between the Feast of Trumpets and the Feast of Atonement. That shabbat is known as Shabbat Shuvah (Return) – or as it also called, Shabbat Teshuvah (Repentance). It is a time when the message focuses in returning to God's ways. Hosea is read on this shabbat:
Return, O Israel, to the Lord your God, for you have stumbled in your iniquity.

Take words with yourselves and return to the Lord. Say, "You shall forgive all iniquity and teach us [the] good [way]... (Hosea 14:2-3)

This is the job I have been called to do.  Through encounters with Jesus, I will be taught His ways then instrust His people on how to truly repent from their sins.

I have been asking God why would He would choose with no church affiliation, who has really done nothing of importance, as His blood moon prophet. Watching a show the other day, the preacher talked about vessels of God. A chosen vessel was one that the potter hid in the back. When a man of means came to look at his wears, he would bring that one special pot from the back. If purchased, the pot would be put on display in a wealthy home. The pastor went on to say that John the Baptist was a chosen vessel – he was hidden and only came forth when God was ready to send His son. Now I know why the power of God poured over me as He called me as His prophet during the blood moon tetrad. He has set me aside for a certain appointed time. Honestly, I don’t feel special… but it isn’t about me. I can do all things through God who strengthens me.

What exactly I will be called to do? God has told me not to speculate, just to wait in faith and be ready in my heart. Boy that is hard for a creator of stories! But that is what I am doing. Waiting for what God will do next.

This information, the answer to my questions, had been waiting for me all this time. I was tempted to walk away – it took everything I had to stay. I am so very grateful for the Holy Spirit calling me back to Lord, for helping me to come to terms with the calling He has placed on my life.

-- Articles are listed by topic in the menu --