Grouping the Charges from the Courts of Heaven

This blog post is based on the Tea & Coffee meeting on April 17th. The information about charges begins at 31 minutes. 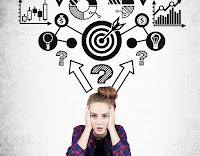 If you go to the Courts of Heaven with an experienced seer (someone who can see or hear in the spirit realm) you will most likely come out with a list of words which relate to charges against you. Don’t feel overwhelmed by the number of charges. Often there are several words that will help pinpoint one charge against you. When taking others to the courts I had a vision of what was occurring:

The petitioner stepped forward when we asked for charges. The moderator/guide was slightly behind on the right. The seers were arrayed behind them. The Judge (God) was behind a huge towering podium. To the right side of the Judge was a table where our Advocate (Jesus) sat. On the other side was the adversary (Satan) who was cloaked in a cloud of darkness.

In front of the adversary appeared dozens of swirling blogs of darkness. Unrecognizable sounds came from them and formed and rose into the air. A light blue mist (Holy Spirit) that was gathered over their heads pushed words in the direction of the seer. Not every word was ushered to our group, only a few chosen words from each string of words; the Holy Spirit knew which ones would help us find the sin related to the charges.

Recently, I got to experience the joy of receiving dozens of charges for myself. Usually when going to the Court I get one or two, maybe three words. This time I went with a Seer friend and received 30 words. At first look, the group of charges was intimidating and puzzling. Here are some of them in the order they were received:

I had to take a deep breath and go through the process I had encouraged others to use. Inviting the help of our Counselor, the Holy Spirit, is crucial to each and every step of this process. Learning more about the words is very important. After translating them into your native language then do these three things:
While you are doing these things, be ready to receive clues from the Holy Spirit:
After a few hours, my brain needed a rest: I had to complete the next part of the process the following day. That morning while chatting with the Holy Spirit, He showed me how to group the words. He said He would help, pointing out where the groups were. In my mind I saw a <<<< ___  >>>> acting as a break in between the groups where I could fill in the blank about what they referred to.

Put on worship music, invite the Holy Spirit to help, and ask Him for wisdom on how to group the words. He chose these words and He will help you find the meaning. Consider these guidelines for grouping:
If you don’t have them all figured out, don’t worry. Often after you take care of the words you know in the Courts, the meaning for the remaining ones becomes more clear. My final list looked like this (underlines are the meanings that applied):

Pardonable -  condonable, excusable, forgivable,
Misuse of authority -  Using the formula after I knew about the Courts
>>>>> The enemy was saying: She knew that we had authority from this court, yet she didn’t come and get a pardon, she used the old way of authority. (Casting out, rebuking, binding after knowing about needing to get cases pardoned in the courts) >>>>>

Heresy - adherence to a religious opinion contrary to church dogma. SYN: dissent, dissidence, heterodoxy, nonconformity
encampment - a place where a group of people live for a short time in tents or cabins, the place where a group (such as a body of troops) is encamped SYN: bivouac, camp, campground, campsite, hutment
Belial - lacking worth, worthless (the devil)
Blasphemy - insulting or showing contempt or lack of reverence for God or irreverence toward something considered sacred or inviolable
>>> Early in my walk with God, I embraced the “hyper grace” teachings. I made statements about the 10 commandments being past and worthless and us not needing to following them >>>>

menial - of or relating to servants : lowly a menial worker: lacking interest or dignity a menial taskSYN: unskilled, lowly, humble, low-status, inferior, degrading, routine, humdrum, boring, dull
<<<<< not willing to do menial tasks around the house >>>>

<<<< thinking that the courts was “additional authority” instead of the supreme authority over heaven and earth. >>>

<<< teaching others about casting out, rebuking, and binding demons according to formula. This puts them in danger of a backlash and removes their protective barrier >>>>>

All grouped together, it was hard to wrap my head around things. Each word could point to many different things. Once I had breaks in between the words it was easier to pinpoint what type of charge was against me. I began to process those particular meanings together to form a sentence.

If you have done all these things and there are still more than five words you do not understand, message us at CoHvisit@gmail.com and let us know. We will schedule a group meeting for interpreting charges.

More articles on the Courts of Heaven can be found in the: