Your Gift is Waiting for You!


Meeting with Prayer to Receive Gifts from God

I received encouragement from the Lord last night in the form of a dream that I know applies to the entire body of Christ. 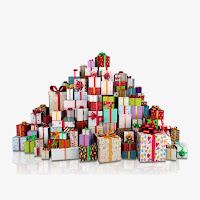 I was in a big mansion-like hotel. Some parts were a little run down. The entry had a massive table with piles of presents stacked on it. I knew one of those were mine. My sister was there and we were dressed in Hawaiian type clothes; jungle print with lots of leaves and very few flowers.

There were all kinds of activities for the hundreds of people in this large estate. Will Smith, the actor was in charge and there was a group of actors around him – but I didn’t recognize any of them. I began hearing that Will had prayed for and healed these guys of "concussion syndrome" that occurs after head trauma.


The time of our stay was nearing an end, and I finally got up the courage to go and investigate. I asked Will if I could pray for his son and the other movie stars. He happily led me into the group’s secluded area.

His son was sitting on a lawn chair that was ragged, worn and rusty. Unabashed, I sat on the top edge of the chair, drawing close to the young teen. I placed my hands on his head, really feeling around and listening to the Holy Spirit.

“He is mostly healed,” I proclaimed, “But there is one little area of damage that remains.” I 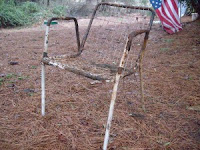 pointed to the middle back of his head.

Will and many of the others looked really pleased during this process: first that I was sitting and willing to put my hands on this child and second with the diagnoses. It seemed I passed some type of test. “May I pray for him?” I asked. Will said yes, but when I closed my eyes everyone but one young girl disappeared. I tried to pray for the child, but it wasn’t connecting. I told the girl that Will’s son needed to be here for me to pray for him.

“They went to get your presents out of the trash. They will be back soon.” She told me. I remembered seeing a huge pile of presents at the entryway to the house and in my mind, I saw them in the dumpster next to the house. I woke excited that I would be getting a gift soon.

Then confusion set in… I was unsure what it all meant. As I asked the Holy Spirit, He brought the interpretation:
The movie stars are Christians who have been working with Jesus in the view of others. He has corrected many ways they are thinking – brain trauma. However, there is a small part that still needs fixing.

When I began to look into a minister I refer to as John, I was examining all that he did, looking for how the enemy attacked him. Many didn’t feel it was right to look at the lives of such a great man in God, but with the Holy Spirit, I forged ahead,  approaching the group where no one else dared to go. (Full story in the FREE book "Why Doesn't God Speak to Me?")

The chair is what you are resting in. Some of the teachings are “old wine skin,” rusty and in bad shape.

It seems this examination, done in love, was some sort of test. Jesus is bringing gifts to me because I was willing to approach a leader in love and speak what I saw.

I am sharing this with you because there was a pile of gifts, a mountain of them, on a table in the foyer. It is time to speak up, in love, to those who have given so much to us: a gifting from God awaits you!

After I got up and wrote this post, I checked my email and found confirmation about the dreams meaning inside:

I have been reading your books, and felt the need to reach out to you about them. It started when I was on vacation. I was sitting in our hotel room, looking for something to read from Kindle while my husband was sleeping, and I came across your book, "Why doesn't God speak to me." I read it all in one sitting. It brought me to tears so many times because I could feel the Holy Spirit speak to me so strongly through it, and then once I finished, I spent another hour or two in prayer, because God was still speaking. There were so many things in your book that aren't commonly known or believed by most Christians, but that my husband and I have talked about in the past. Specifically what you wrote about the one leader, "John" and how/why he died the way he did. It is a judgement, but I believe it is also mercy because he is being taken from the world before he potentially leads anyone else astray or jeopardizes his own salvation. We have seen it happen to others as well.

God used this woman to confirm what he was telling me in the dream. His presence often comes upon people who read the first book in the Believers’ Boot Camp series to verify that this message is from God. Our leaders need help, will you help show them the way? (See this post about what you can do to help: Satan’s Plans for God’s Generals)

Confirmation about God bringing gifts to those who are willing to speak a loving word of correction into other Christian’s lives has also been verified by the Courts of Heaven - Worldwide Facebook group. I have been training others in the Courts and one thing is consistent:

It takes a dedication of time and energy from people enlisted to be trained in the Courts. When helping others before the Judge, words or visions are often granted even to those who don’t usually hear or see in the spirit. As they speak out what they receive, then their new gift grows!

The things we receive in the Courts are for correction so people know what sins are against them. This allows for the enemy’s case which gives him authority to attack us. The correction allows for people to repent from the sins so the cases can be dismissed. This is spoken about in the Word of God:

Dear brothers and sisters, if another believer is overcome by some sin, you who are godly should gently and humbly help that person back onto the right path. And be careful not to fall into the same temptation yourself. (Galatians 6:1)

This is what we do in the Courts of Heaven. We rely on the Holy Spirit to reveal what sin the enemy is using to have access to our brothers and sisters. We speak what we see in kindness and compassion. You may be the person God wants to used to correct someone:


My son, do not despise or shrink from the chastening of the Lord [His correction by punishment or by subjection to suffering or trial]; neither be weary of or impatient about or loathe or abhor His reproof,  For whom the Lord loves He corrects, even as a father corrects the son in whom he delights. (Proverbs 3:11-12)

For the Lord disciplines the one he loves, and chastises every son whom he receives... (Hebrews 12:6)

When we take time to learn about God's ways and begin to operate in the Courts of Heaven to help our brothers and sisters, the Holy Spirit is faithful to give us what we need. The Bible is surprisingly clear about this:

But to each one of us grace has been given as Christ apportioned it. This is why it says:

“When he ascended on high, he took many captives and gave gifts to his people.” (Ephesians 4:7-8)

Our Lord gives gifts to His people. What are these gifts? According to 1 Corinthians these are what the Holy Spirit brings to us:

These are the types of gifts the Holy Spirit brings. In the Courts of Heaven, those we refer to as "seers" receive knowledge from the spirit realm using many of these gifts. The words and visions we receive are a message of wisdom or knowledge. Many team members receive the gift of discerning of spirits - we know when a demonic spirit has a place with someone. The result of these visits are often healing.

The Holy Spirit brings the gifts when we work for the Kingdom of God, serving one another. Which gifts we receive is up to the Holy Spirit. It is time for Christians to come and receive their gifts! “Iron sharpens iron” but only when it is rubbed together. We need to be willing to speak what God is saying and to hear His correction even if it comes from other people!