The Deceptiveness of "Freely Given" 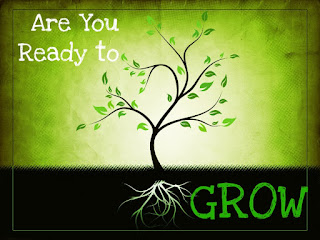 I sought God and asked Him why the information about the Courts of Heaven wasn’t being assimilated into the Body of Christ. Even when people know about it, many don't flourish in their rightful place in the Courts as children of the Most High and citizens of Heaven. I didn’t like the answer I received, not one bit.

I have put off writing this blog until the last minute… I didn’t want to write it at all because I was afraid it would be misunderstood. Let me start by clarifying so that there will not be any misconstructions:

In 2001 I heard God’s audible voice which said “I bless you, miraculously, financially.” (full story in Angels Believe in You) As a baby Christian, it took me two years to understand why God spoke in the present: I bless you. Even though nothing immediately changed, when God spoke, it was done. It was just a matter of it showing up in my life.

“Freely you have received, freely give” is the message God is now sending through many people.  If we only quote that part of the scripture, we are taking it out of context and it will hinder the move of God. Let’s take a closer look at what God is saying.

Before Jesus told them to “freely give” He gave them power and authority to verify the message He was sending with them: The Kingdom of God is at hand. This is what they received for free and what they were expected to give for free: displays of God’s power (anointing) and the message God gave them.

Our Lord then gave some very specific instructions to show what He expected to happen. He told His disciples to take nothing with them. No food, no money, not even the basic needs of extra clothing and shoes. Jesus finished by saying, “for the workman deserves his support (his living, his food).” (Matthew 10:10)

Imagine if that happened today: someone shows up with nothing, only the clothes on their backs and God’s message. Would believers take them in, supply for all their needs after receiving a message they knew was from God? Stepping out with nothing is a huge step of faith: we have to trust that God will show up and that people will respond to what God is saying. However, in that day and age, the disciples had knowledge that we do not.

Paul speaks of this to Galatians. They were not Jewish like the disciples, so they needed to be taught God’s ways.

“Let him who receives instruction in the Word [of God] share all good things with his teacher [contributing to his support].” (Galatians 6:6-7)

The disciples would have known that this was the way it was done. However, they would literally be stepping out in faith as they walked to nearby villages with no provisions whatsoever, not even extra shoes to continue walking. They put their trust in Him as Lord, believed that He had empowered or anointed them so that people would be healed and set free as they gave the gospel message.

When we receive something that we know is from God, we should give back to acknowledge that God sent it, it isn't only about the person bringing it. You are not "spending money" you are "acknowledging God." This opens the door so that God can move in greater measure in that area of our lives.

At the end of that chapter in the bible, there was a promise the Lord gave for those who would receive what He sent. It is applied to those who supported and cared for the disciples by providing food and housing:

At the time this was written, there were rules about being a host. When you took someone as guest, you provided for all their needs: food, clothes, and any other needs that would arise. This meant that you would be associated with this person and defend against attacks upon them. It was an honor, but also a great responsibility.

The supporters for those sent by God would receive “shalom.” This is a Hebrew word meaning wholeness, completeness in every way, because they were free from the consequences of sin. Jesus continues talking about what will happen as He sends them out, then adds:

Receiving a prophet means you would provide food and a place to rest as well as honor the person as a “mouthpiece of God.” A righteous man is one who is a mature Christian. A little one is a new, baby Christian. There are separate rewards for supporting each of these. This is God’s way.

This is a principle of the Kingdom of God that can be seen throughout the Bible. We see this by not taking what Paul said to the Galatians out of context:

“Do not be deceived and deluded and misled; God will not allow Himself to be sneered at (scorned, disdained, or mocked by mere pretensions or professions, or by His precepts being set aside.) [He inevitably deludes himself who attempts to delude God.] For whatever a man sows, that and that only is what he will reap. For he who sows to his own flesh (lower nature, sensuality) will from the flesh reap decay and ruin and destruction, but he who sows to the Spirit will from the Spirit reap eternal life.” (Galatians 6:7-8)

After Paul told the Gentiles to support those who are teaching them, he gives this Kingdom principle. What you give to, opens a door to that thing in your life.
Then give to where you have received from God, acknowledging Him by sowing seeds in that place. You will reap (receive) wherever you sow (give). You should only give after receiving something and deciding if it was of spiritual value from God. If you give before you see there is spiritual value, you are acknowledging the person, not God. You don't yet know if what they are saying or doing is definably from God and a benefit to you. This is why visits to the Courts of Heaven are freely given and why the Academy is also free. It is up to you to decide if you have received something of spiritual value and then give in return.

There is no excuse not to sow. Jesus saw a widow giving two mites, the smallest coins because that was all she had. Even though others gave large sums, our Lord said her gift was greater because she gave even out of her lack. It is an honor to receive even the smallest gift when someone has barely enough to feed themselves. If God has blessed you with much, you may have to sow much to equal that small amount.

Let's not forget the other verse that many Christians can quote:


"In all your ways know, recognize, and acknowledge Him, and He will direct and make straight and plain your paths." (Proverbs 3:6)

I stand in agreement with this word of God, as you acknowledge Him, may He bring the high places low and make the crooked places straight and may he firmly direct your path!