How God Sees Us! 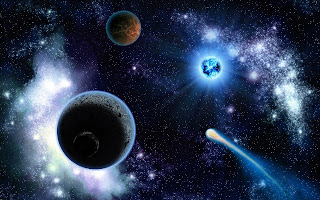 It was on the Feast of Trumpets, during worship at our weekly Agape Fellowship meeting, I was once again in the Secret Place. After dancing with Jesus during the first song, I appeared in the river with God as Abba: I was a little child. He lifted me up and I hugged His neck telling Him how much I love being with Him.

After hugging me back He turned me around and pulled me into Himself, I was residing inside God. I could see through His eyes instead of my own. Here is what I experienced:

The sky was no longer just a sky. To say that it was filled with planets and solar systems would not do it justice. I could make out details in planets, just by focusing on them: red planets, green, blue, brown… all different colors and kinds, some with rings and moons. There was such a vast array of planets it was mind-boggling.

God moved, and I remained inside Him as He moved. In an instant, We hovered over a planet that was covered in blackness: I knew it was the Earth. I felt God’s love for this tiny speck of a planet amid so many. Out of all the planets, this was His favorite.

Tenderly God took this planet in His hands. There were bright yellow glowing spots. He closely examined these areas and would touch some and breath upon others. The tenderness He showed caused tears to cascade down my cheeks.

There is a huge difference in hearing how big God is, how we are the “apple of His eye,” and feeling it. The depth of His love for our tiny planet, or each and every one of us… it is quite overwhelming.

This is what visits to the Secret Place are all about: God reveals His heart to is in wonderful, unique ways.