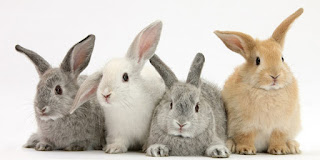 At the salon, when the stylist was blow-drying my hair, the Holy Spirit nudged me to practice visiting the Secret Place amid distractions. Closing my eyes, a few lines to a worship song appeared. It was easy to focus on the Lord with love in my heart. Within seconds, I saw us dancing in the gazebo in the Secret Place designed for me by God.

It was challenging to remain focused as my hair was combed and moved about. When I was distracted, the images would become blurry. The Lord led me over to the bench and as we sat together, a dozen or so fuzzy images bounced and gathered around my feet. They reminded me of the little “imp-like” demons I had seen in the past.

Oh no! I thought, are there demons in this secular place? I pushed the thought aside because this was “the Secret Place” where Satan has no access and the Lord had told me I would be protected when I sought Him. “What are these?” I asked.

“Focus on them and see,” the Lord instructed.

As I looked intently at the gray shapes the images were refined into  creatures resembling rabbits. One of them jumped up onto my lap. Instinctually I stroked its long ears as I asked Jesus, “Can I talk to it?”

The Lord nodded so I addressed the furry six-inch animal with long ears and shorter front paw than its earthly namesake, “What is it that you do here?”

A chipper, light voice sprang into my mind, “Oh, I go here and there and do this or that?”

I turned back to the Lord as I continued petting the ball of fluff, “Do all of God’s creations have a job in Heaven?”

Jesus patiently explained, “God creates every being with a purpose. He designed Earth with some of His favorite creations working together. The purpose of these,” He indicated the rabbits frolicking about, “is to encourage others.” I knew that to “encourage” meant they were like cheerleaders, going from place to place, interacting with creation. Their curiosity would lead family groups to places where they would interact with others. The other beings would often speak about what they were doing. I could see these little guys showing great fascination as explanations were given.

“Ahh…” I nodded before asking “and the rabbits Satan corrupted became imp demons who are unable to do much more than feed us negative thoughts and create minor hindrances?”

“Yes,” the Lord confirmed. “Satan has corrupted many of God’s beings.”

Before I left, the Lord asked me to write about my experiences in the Secret Place to encourage you. I do hope you enjoy hearing what Heaven is like!

Since having this experience, I have wondered if all creatures such as spiders, scorpions, and flies, on this Earth have a heavenly counterpart. Worms are part of the curse, does this mean that there are no worms in Heaven?

The Lord didn’t specifically mention those creepy crawlies, so I don’t really have an answer. Jesus is so good about answering questions I didn’t even know I had, so perhaps the truth will be revealed on a future visit.


Many people think of boot camp as a place you train for combat. Any veteran will tell you that basic training is about three things:
Believer’s Boot Camp series is a collection of books which teach us how to hear more clearly from God with the goal to ready ourselves for a face-to-face meeting with our Lord, Jesus. The series reveals the “weapons and tools” God has given us and how to use them, so we can bring God’s kingdom to Earth. Each book in the series focuses on a single topic to clearly define one tool or weapon from our Heavenly Father.