Many authors have a group of people called “first readers” who take a look at their manuscript before it is sent to an editor. In February of this year, I finished up sent off the first book to a group for first readers who all returned the edited manuscript to me by the end of that month.

TomBragg said something to the effect, “I do believe that there is something up there although I haven’t really put a name on… Reading your new book has made me rethink a few things in my life.”

This happened a couple of months later (as reported by Tom’s  friend Peg):

Tom Bragg drove down to Georgia to join his Navy buddies from the USS Mullinax for a 5-day reunion in Columbus, Georgia. He departed for Chattanooga around 2:00. I received a call from Tom around 4:00. He said that he was in the ER at the Gordon County hospital which is about an hour from Jasper. He had been in an awful car accident, but he seemed to be okay other than a bump on his head, nose bleed and lots of bruises and sore muscles. Tom told me that apparently he had totaled his car, a blue Suburu Forrester, and that I needed to come pick him up. 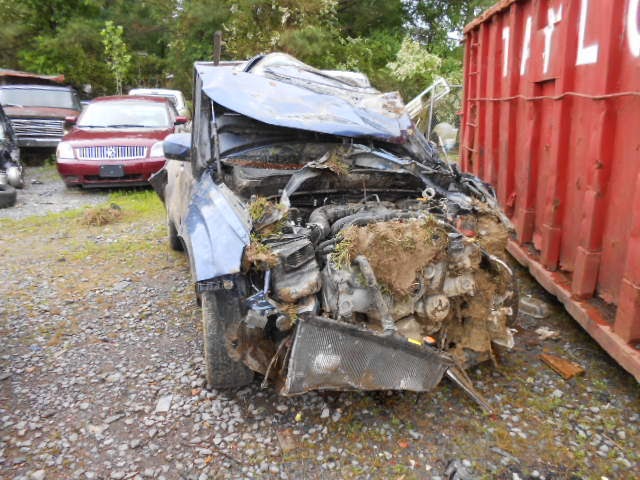 Before going to the hospital I decided to go to the salvage yard where his car had been towed so that I could retrieve what I could from his car. When I drove into the yard and the man there pointed to Tom's car, I shrieked. How could anyone possibly have survived in that knurled rubble? The salvage yard owner stood there shaking his head and remarking that the wreck was as bad as he had EVER SEEN and that it had to have been a MIRACLE for the driver to get out of that car alive and even unscathed! The car had rolled over several times and had landed upside down.

Tom said that he does not know why he drove off the road in the first place. It was still raining, as it had been all day, and there were lots of puddles on the right-hand side of the road where he had been driving. Perhaps he had hit a puddle? 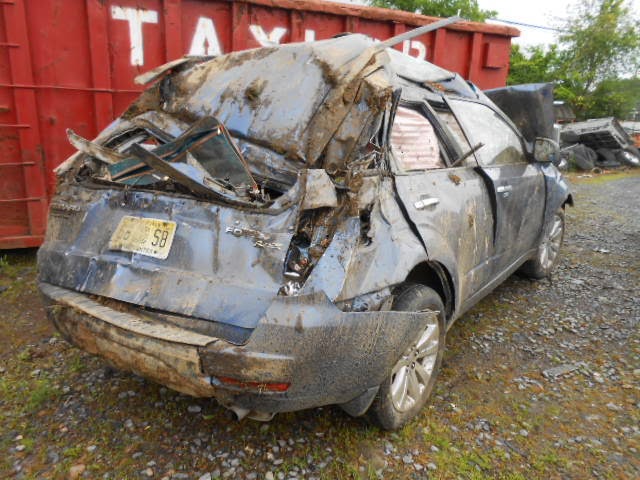 Anyway, the car was mashed all the way around... both sides, the front and the rear and the top. There was not a square inch on that car that was not damaged.  The only door that would open was the driver's door. Tom had unbuckled his seat belt as he hung up-side down and was then able to somehow open the door a bit. The EMS fellows pulled him out and got him into a stretcher right away. The hospital was only 5 miles away.

What I discovered right away was that the inside of the car had pieces of broken glass and twisted metal piled up to the ceiling in both the front and back seats. They had picked up every piece of glass etc at the accident scene and had piled them ALL into the car. I found a pair of work gloves in the car and then began tossing one jagged piece of glass and twisted metal, etc. out of the car, piece by piece. Every piece was covered in mud and so was the exterior of the car.

I finally got into the driver’s seat and brushed out as much glass that I could from the seat and the floor so I could find things to salvage. I managed to pull a green suitcase from the back of the car too, but it was empty. I could not find his clothes or the other two pieces of luggage that he had nor his computer, camera, etc. But I did get a lot of little things that filled up my trunk, including an unharmed bottle of wine that he had bought in an auction at his reunion and his GPS device that was intact lying in the glass on the front floor. 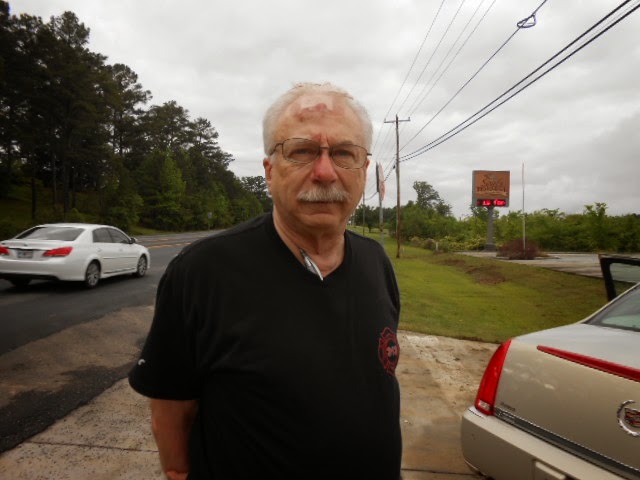 After an hour I was satisfied that I had cleaned out the car and left to the hospital. There, Tom was waiting for me... with all of his clothes in garbage bags, his computer, camera, etc. Much of the clothing in the bags was muddy, but his computer and camera were unscathed and still in their carrying cases. The police had collected it all at the scene. 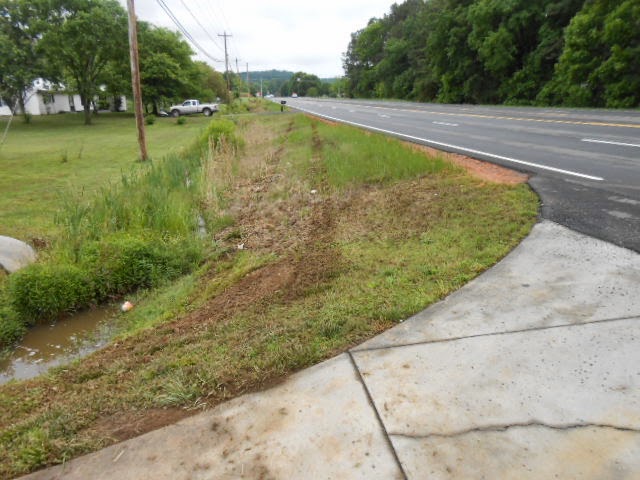 Tom had hardly lost anything! We drove to the accident site to see if we could figure out what had happened. It took place on the grounds of a CHURCH and even occurred on a Sunday! Tom's car had rolled off the shoulder of the highway and before he could straighten the car and get it back up on the road, it hit a concrete culvert and launched into the air. It apparently rolled over at least two times and landed upside down right beneath the church sign. 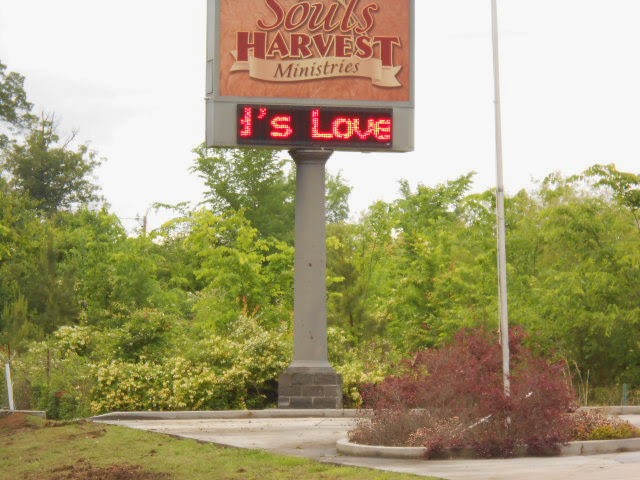 You can see a bunch of large imprints in the grass (now, mud) beneath the sign where his car had rolled and finally landed. There were words moving across the screen in red lights that stated, over and over again, "God's Love for You." And there Tom had laid in his totally mangled car, basically unscathed, A MIRACLE had occurred, as those words kept crossing the screen above him... "God's Love for you."

Tom spent the night here in Jasper and is now in the air flying home where his daughter, Bonnie, will take him home to New Jersey. He is VERY shaken but thinks he will be okay. He had a very bad back anyway from a previous accident and we hope this will not make matters worse. But the hospital found no new damage and Tom did not hurt that badly this morning.

Be sure and let God know what kind of sign you are looking for.

A special thanks to Tom Bragg and Peg for letting us use their pictures and story.